Where are you going, the veterinary profession in Slovakia? VET FUTURE

The future of the veterinary profession has become the main topic of the conference called Where are you going, the veterinary profession in Slovakia? VET FUTURE organized by the Chamber of Veterinary Surgeons of Slovakia, the University of Veterinary Medicine and Pharmacy in Košice and State Veterinary and Food Administration of Slovak Republic. The conference was held on 5th October 2018 at the UVLF in Košice - alma mater of the majority of participants. The rector of the University, Prof. Jana Mojžišová, DVM, PhD, Dr. h. c. In her speech, she emphasized the importance of the development of the veterinary profession from the past to the present. Other representatives of the organizers of the VET FUTURE conference took a speech after the rector, and thus Central Director of SVFA SR Prof. Jozef Bíreš, DVM, D. Sc. and the President of CHVS SR Silvia Štefáková, DVM. As a guest of honor, Rafael Laguens, the President of the Federation of Veterinarians of Europe, presented VET FUTURE in his presentation and highlighted the six key points that will influence the development of veterinary medicine. He also talked about the future of veterinary medicine from the demographic point of view and the potential threats in the veterinary profession. President of the Chamber of Veterinarians of the Czech Republic Karel Daniel, DVM was also invited.

The VET FUTURE conference was composed of two basic parts. The first half of the meeting was dominated by lectures by individual organizers on the future of veterinary medicine and their visions in this area. The Rector of UVMP in Košice, in her presentation, emphasized the idea of One Health Concept - the relationship between animal health, human health and the quality of the environment. In this teme were lectures of two other representatives of institutions, Prof. Jozef Bíreš, Central Director of SVFA SR and Ivan Riečan, DVM, JD - Chairman of the Supervisory Commission of the CHVS SR.

The second half of the meeting was devoted to a discussion forum focusing on the topics of veterinary education, veterinary profession and veterinary legislation. In the discussion, they asked questions about management, psychological training of veterinarians or animal transport during travel. 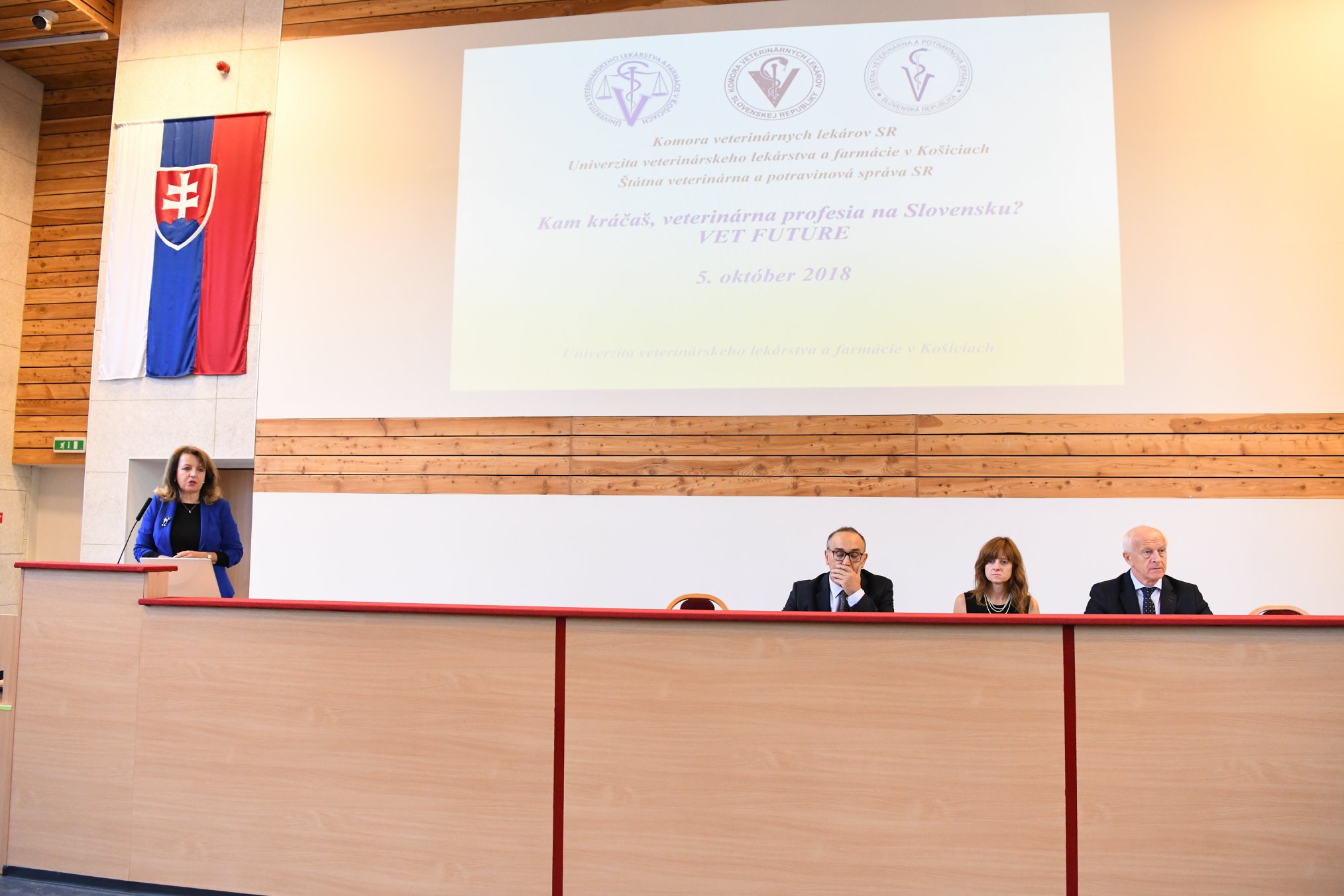